Depending on the site and the blog that you’re reading, you’ve probably seen at least one or two different places that have predicted the death of the job board. You’ve also noticed that job boards still play an important role in diversified recruitment strategies. The boards may seem like they’re dying, but in point of fact, what they’re doing is simply changing. At least, the landscape is. It’s pretty important to stay on top of trends; especially if you’re responsible for recruitment strategies.

You’re probably not going to find specifics on the statistics of the effectiveness of job boards. The boards are likely to display impressive numbers, but if you’re smart, you’ll take those numbers with a grain of salt. There are also so many factors involved that attempting to look at lumped stats across multiple markets isn’t likely to be very helpful.

It’s assumed that you likely track performance metrics for your recruiting strategies. It’s also likely that you have seen changes over the past year that have shown you a decrease in qualified candidates on the larger sites such as LinkedIn, Monster, and CareerBuilder. However, the reason that we’re saying that the job boards aren’t dead yet is due to the fact that other sites such as Craigslist and Indeed have seen an increase in candidate postings. While Craigslist is much smaller compared to other job boards, Indeed passed Monster back in 2010 becoming one of the largest job sites in the United States. Suffice it to say that what’s happening is a change in preference where the candidates are concerned.

Data is suggesting that candidates are choosing to move to job boards that have easier interfaces. Candidates are also quite sick of search results that are filled with irrelevant featured job listings, unrelated job listings, multi-level marketing snares, and crap calls about becoming cosmetic sales representatives…among other interesting things. (Monster)

Candidates are choosing the sites that are the least cluttered, search engines with simpler web pages, and places where they’re least likely to see hundreds of sidebar ads. The fact is, it doesn’t take long to get fed up with the clutter on a lot of the larger boards so candidates are seeking out more direct and efficient ways to place their information. These direct areas are also a lot more mobile friendly since there isn’t as much clutter. This, in particular, is a big deal considering that a Glassdoor survey had candidates saying that they’d be using their mobile devices as a large part of their job searches in the next year.

The end result? For now, job boards are still in use and likely will continue to be in use for a great while longer. We’re simply going to be seeing some of the big names losing more candidates and smaller and less garbage filled sites gaining them. Look for different places and faces; not for the death of the job boards as a whole.

To learn more about our Healthcare Recruiting and Staffing Services visit: 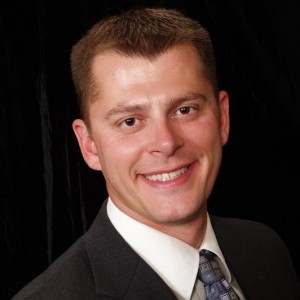